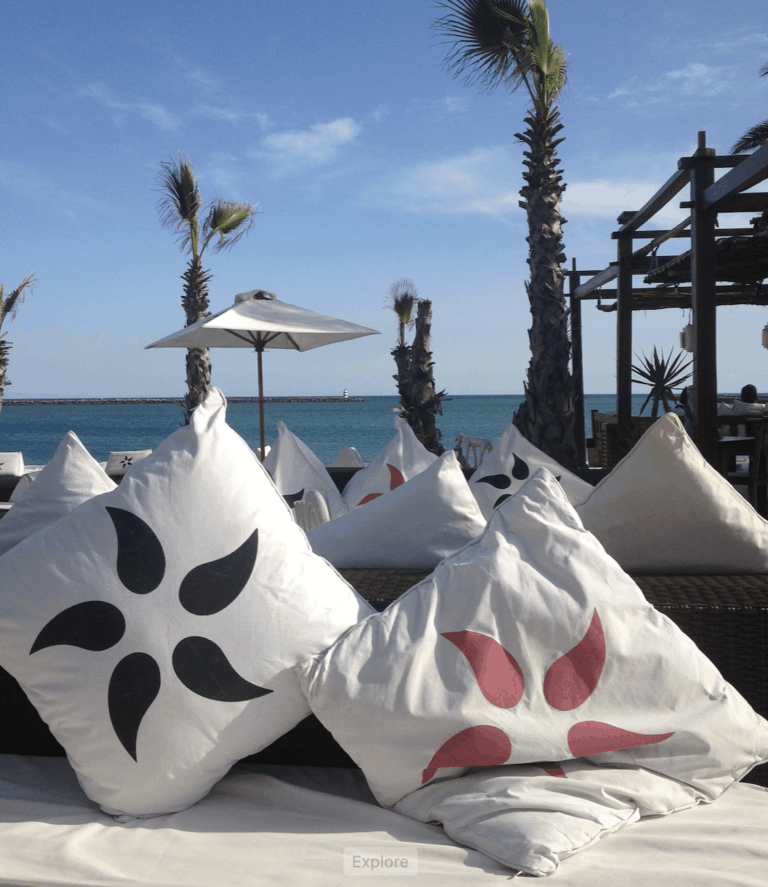 If travel broadens the mind, it’s probably fair to say that living in another country for a prolonged period can blow it wide open.

I spent five years living overseas (in Portugal), before moving back to my home country (the UK) in 2015.

Ever since, I’ve noticed my wife and I say something to each other over and over again:

“I wonder if we’d know that / think that / feel like that if we hadn’t lived abroad.”

That was the inspiration for this article. The experience definitely changed us – and our outlook – in some significant ways.

But what’s the POINT of this article, and who is it aimed at?

Well, obviously it will be of specific interest to anybody thinking of spending some significant time abroad, or anybody who already does. But I’d also like to think it could be a good read for anybody broad-minded enough to believe that they can learn from other people’s experiences.

Why not read on and find out?

7 Things you Learn from Living Abroad

1. We Are ALL Foreigners Almost Everywhere

When we lived in Portugal, we quickly lost count of the number of locals who would say “sorry, my English isn’t that good.”

Almost always, their English was WAY better than our Portuguese!

The lesson here is never to judge or mock when you hear somebody speaking a language with a “funny accent” or getting words wrong. How many languages can YOU speak fluently?

A huge amount of effort goes into learning a language and absorbing a culture. I live in the UK, and as a country we are terrible at speaking multiple languages yet uniquely arrogant about expecting others to speak our own.

One thing you learn from living abroad is that you will likely still sound like a “foreigner” even if you put a huge amount of effort into language learning. This gives you a huge amount of respect for those back “home” who have mastered additional languages or integrated into the country’s culture.

YOU are a foreigner the moment you leave your own country, and it always serves you well to remember that.

Really, I could have summed up this section by merely saying “don’t be a racist a$%hole!”

It’s not wrong to understand AND MENTION that some countries do things better than others.

I don’t think I’ve been anywhere in the world where I’ve not seen something that my own country could legitimately learn from. I’ve not seen anywhere that does municipal parks and facilities as well as The Netherlands, for example. And Portugal is fantastic at recycling, green energy and bin collection.

Back home in the UK, the digital delivery of government and health services is something truly world-leading (and we’ve done rather well with Covid vaccines too).

But everywhere also gets stuff wrong. Supermarkets in The Netherlands are useless when it comes to taking international credit cards. Portugal’s local government departments are inconsistent in how they interpret and implement rules. The UK has expensive, unreliable and needlessly complicated public transport.

EVERY country has pros and cons. But despite this, there’s a significant number of people who seem to think that pointing out these differences and being willing to learn from them is somehow traitorous and disloyal to your own land. This is clearly ridiculous, but exceptionalism is very common, and heavily promoted by governments and mainstream media.

There’s nothing wrong with national pride, but if it blinds you to the potential of doing things better, it’s rather self-defeating. If you don’t allow yourself to believe that things could be done better, they never will be.

The UK and Portugal are VERY different places when it comes to materialism and consumer culture. That’s not to say it doesn’t exist in Portugal, but most people are way less fixated on status and possessions. They are (arguably) much happier for it.

These cultural differences spread much further too.

An obvious one is talking about salaries. In the US, it’s quite common to ask somebody how much they earn, but here in the UK such a question would be seen as rude and vulgar. Such conversations only take place within families and very close friendships in Britain, and are – even then – often considered taboo.

Understanding these differences isn’t just about knowing other countries do things differently. It can open your eyes to the fact that it’s possible to view money through different lenses. “What if my salary didn’t impact my status and self-esteem?” or “What if people didn’t judge me on the car I drive?”

It’s quite liberating to realise that a lot of things people hold dear can not only become meaningless but also a tad distasteful and silly when viewed from a different cultural viewpoint.

4. Some Cultures are Better at “Live and Let Live”

Us Brits have some very unique cultural quirks. I highly recommend a book called Watching the English by Kate Fox, for those who’d like to understand them more.

For want of a better and kinder way of putting it, we can be rather nosey and rather “judgey.” But at the same time, we’re often too reserved to ever confront anybody who’s wronged us. We all rant about our neighbours behind closed doors and then greet them cheerfully when we see them in the supermarket.

I’m clearly indulging in some extreme stereotyping here, but it’s all based on truth. And another thing that’s true is that other cultures do things very differently.

Not long after moving to Portugal, I was outside our apartment cleaning the car. We lived in a popular tourist area that was something of a ghost town off-season, so it was quite normal for there to be nobody around. As such, I was BLASTING Jay-Z from the car stereo while I worked.

The British part of me was mortified when one of our permanent neighbours pulled up next to me. But he gave me a beaming smile and said “top tune!” in Portuguese.

Now back in the UK, it blows my mind that people complain about others enjoying themselves. It common to sneer when a car goes past playing loud music. It’s seen as uncool and antisocial, but in many other countries it’s viewed completely differently. You have music, sunshine and a great sound system, why wouldn’t you celebrate life and enjoy it?!

Similarly, it was completely accepted that throughout the summer months you’d tolerate your shutters rattling with the bass from the parties on the beaches and town squares. You’d get used to it, get some earplugs, or – well – just be at the parties until the early hours with everybody else – often including the children!

I’ve focussed on music here to make my wider point. That point is that some cultures celebrate other people having fun. Other cultures are…let’s just say…less good at it.

5. You Shouldn’t Be Afraid to Try Things

To illustrate this particular point, I delved deep into my photo library to find something I saw several years ago.

I took this outside a bar in Mallorca, in the resort of Magaluf – one of the few places I’ve visited that actually is as grim as everybody says it is.

It’s mind-blowing that there are people out there who insist on mineral water and milk from their own country in order to enjoy a cup of tea. How are Spanish cows different? We must be told!

My point here is that living overseas teaches you that every country has a whole range of tastes, delicacies and experiences that you MAY absolutely love! And you won’t know unless you try them. (I should point out here that a cup of tea made with Spanish milk and water tastes – shock horror – exactly the bloody same).

When we lived in Portugal I missed SO many English things: cheddar cheese, roast beef and yorkshire pudding, and – oddly – properly spicy Chinese and Indian food.

There’s a reason there are Polish shops and Asian supermarkets all over the UK, and it’s the same reason there are British equivalents all over southern Portugal and Spain. It’s a good thing – a wonderful thing – because the chances are there are loads of things you’d love in ALL of those shops if you tried them.

I fail to understand an unwillingness to try things.

“Welcome to life, how much of it would you like to experience?”

Only a fool would say that, surely?

6. You Can Make Most Things From Scratch

I’ve gone down a bit of a food-based rabbit-hole now, but stick with me!

Another thing living abroad taught me is that you can make everything you want and need with a bit of effort.

My wife absolutely loves chicken kiev. Not the genuine article though. I mean the mass-produced breadcrumb-covered and garlic-stuffed chicken you get in the freezer section.

We couldn’t get that in Portugal, so we recreated it. It took ages but it was so rewarding. It was the same with the hummus, and all the Asian dishes we couldn’t find in Portuguese takeaways.

Now we’ve gone the other way: I order rice from Valencia and paella spice mixes and create authentic paella from a home near London! I still make a Portuguese appetiser with carrots, oil, vinegar, cumin, garlic and coriander.

“Yeah, OK, we get it, you can cook,” I hear you say. But I’m making a broader point. Living abroad can make you more self-sufficient and more adventurous.

I remember how much fun it was to seek out things like lemongrass for Asian recipes, or sprouts and parsnips for Christmas dinner. I remember how exciting it was to check out all our new options when a new shop opened.

I learned a lot more from having a restricted selection than I learn from having supermarkets with aisle upon aisle of ready meals. I ate much better too.

This last point is an important one – especially if you’re reading this with dreams and plans for your own life abroad.

Yes, escaping a crappy climate is great – but it’s not everything.

In fact, sometimes it can be more of a drag than you expect.

Hot weather is fantastic when you’re on holiday, and you can cool down with a cocktail or a dip in the pool. It’s a lot less fun when you’re indoors working, and you’re being distracted by the lucky tourists splashing into the pool. And you can largely ignore those aspirational photos of digital nomads working on sunny balconies. Have you ever tried using a laptop in strong sunlight for any length of time? It doesn’t work.

Furthermore, I’ve learned from bitter experience that you can be depressed when there’s gorgeous weather, just as you can be blissfully happy tucked up indoors in the wind and rain.

A “better” climate is great, but it’s not a panacea. It can certainly help you have a different lifestyle, and one with much more “outdoor living.” However, it’s really not as transformational as many people believe.

Having finished this article, I’m aware it’s definitely one of my more ranty and opinionated ones. But this (as you can tell) is stuff I feel strongly about. We learned a huge amount from living abroad, and I feel almost certain that it’s something we will do again at some point.

You can read about our years in Portugal in our book.

What do you think of the points I’ve raised here? Let me know in the comments!